Do Anything For Clout: How Meme Virality Makes Us Lose The Big Picture — And Maybe the Election 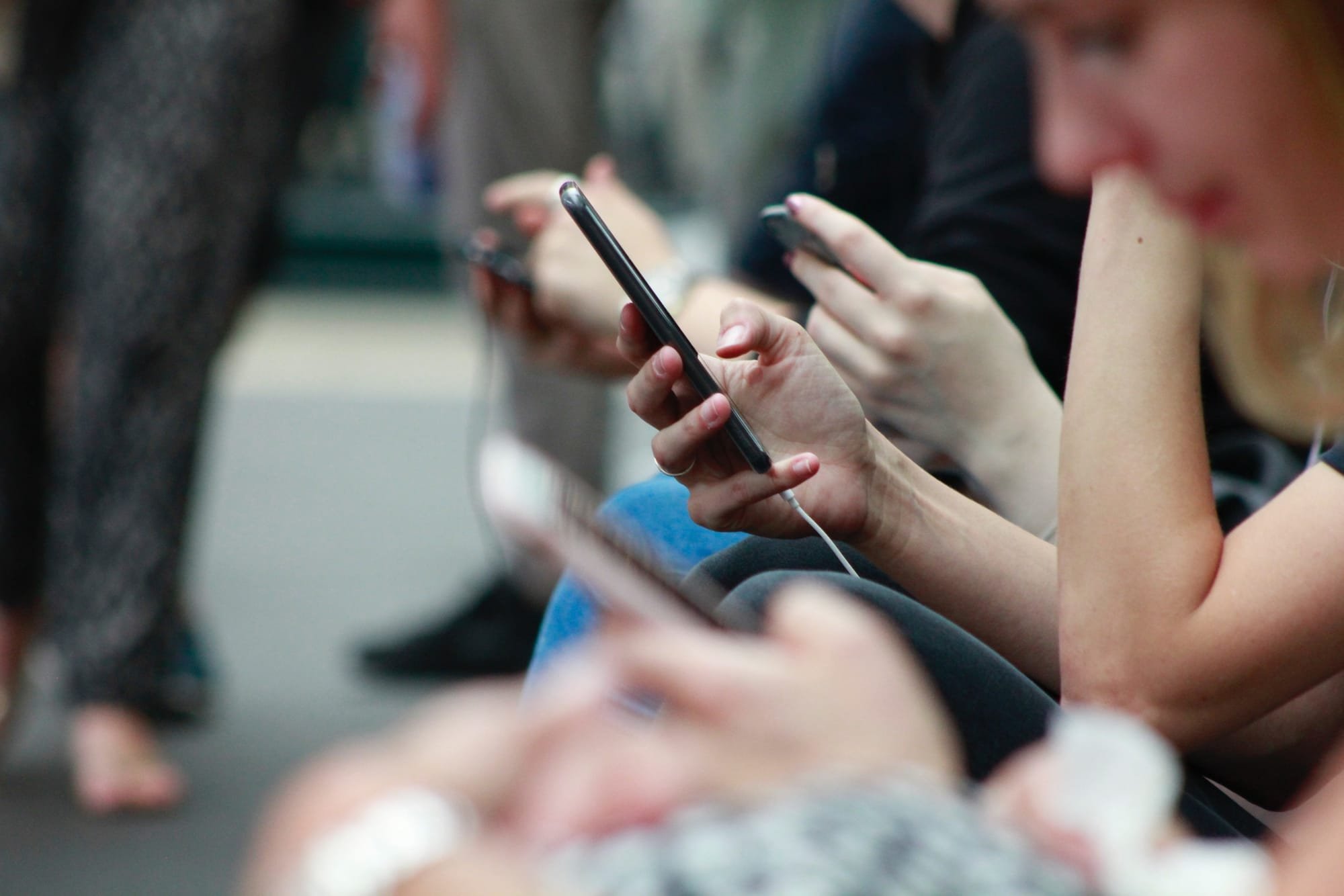 This June marks the second anniversary of the Grenfell Tower Fire in London. In June of 2017, a 24 story apartment building caught fire in the middle of the night and killed 72 people. Huge protests erupted in the following days as the deaths were blamed on governmental neglect after years of warnings that the building was not up to code for fire safety. Grenfell Tower was largely inhabited by poorer people of color and many who know about the incident claim that this was the major reason that such neglect even took place in the first place. The ensuing protests were covered by major news outlets, including the BBC. In one interview, a BBC interviewer asked a black woman why she and the other protesters were angry. She immediately and visibly became annoyed by the question. A largely poor, non-white group of people died as a result of government neglect so to her and the other protesters, their reason for being upset was self-explanatory. This interaction was shown live on BBC and has since been immortalized on the internet, excluding this key piece of the interaction which has been cut from the actual video clip, but has also been immortalized on the internet through a viral meme:

On November 13th, 2015, terrorists in Paris carried out a series of attacks, resulting in the death of 130 people. Naturally, officials searched for and arrested anyone connected to the attacks. One such person arrested in connection with these attacks was Jawad Bendaoud. He was arrested for housing two of the terrorists following the attacks. He denied knowing that they were terrorists and was initially cleared of his charges. After an appeal by prosecutors, Bendaoud was found guilty and sent to jail. During his trial, Bendaoud was captured on camera angrily walking into the courtroom. His seemingly overconfident walk and smug face captured the attention of social media users and can be seen daily on Twitter:

Finally, throughout the Vine era, we have had a multitude of funny, memorable six-second videos that can still be found in a large number of compilations on YouTube, especially now that Vine is no longer operational #RIPVine. These videos are known for their recognizability. For example, if I said “I’m in me mum’s car,” many of us would, without thinking, follow that by saying “broom broom.” Or, if you saw or heard the words “look at all those chickens,” instinctively, the image of a flock of geese would come to mind. Similarly, “he need some milk” was popularized by a Vine and has since been co-opted to mean that someone or something has been injured in some way and is in need of remedy. The original video, however, and even the six-second Vine it was cut into, shows a man suffering from a bad trip after using an illicit drug. It is a common myth that milk mitigates the effects of a drug overdose. I won’t link this video, but searching “he need some milk” will find you the link as the top result.

These three stories have something important in common: once they went viral as memes, they all suffered the same fate of decontextualization. So, let’s talk memes. The term meme was coined by Richard Dawkins back in 1976. A meme is, in essence, a unit of cultural information that is passed (inherited) from person to person and follows an almost Darwinian pattern in that like genes, it has a source and evolves as it is passed from that source. It shows some amount of variation through said passage and there is a sort of cultural selection in that somewhere along its passage, it is determined if this unit of information will continue to be propagated or not. That variation is one of the central tenets of this piece. It is the driving force behind the decontextualization mentioned earlier in this paragraph.

It is important to understand that a meme is not solely a funny picture, gif or short video (PGSVs). It is a unit of cultural information. By this definition, music is a meme, as are lines from TV shows and movies, or even entire TV shows and movies. One might even be able to argue that the very word, “meme,” is a meme. Super meta. This piece, however, largely refers to PGSVs because those generally achieve virality at staggering rates. PGSVs are usually an extraction from a larger body of work and when these extractions are retweeted and shared over and over, it begins a game of virtual telephone, resulting in the loss of the context from which it hailed. Funny is fashionable, and as a result, the funniest parts of a broader context will be selected for through memetic evolution.

Right now, I can think of a few examples of serious matters being reduced to a single comical moment (once taken out of its original context) through virality. Of course, the three stories I described at the beginning of this piece are such examples. But other examples, without heading to Google or Twitter to check, are R. Kelly’s interview with Gayle King; Cuba Gooding Jr.’s arrest after being accused of groping a woman in a bar; the man crying during an intervention; and Lil Mama crying during an interview.

More recently, something interesting happened in the meme world as it pertains to decontextualization. The #itsabovemenow hashtag and “there’s a Best Western across the street” response began after a hotel employee had racial slurs hurled at him by a patron over the phone. During a videotaped in-person exchange, this staff member told the patron that she is not allowed to stay at the hotel he works at. The patron begged to stay at the hotel and rattled off excuses as to why her apology should be accepted. In response, the staff member repeatedly said “I’m sorry ma’am, but it’s above me now. There’s a Best Western across the street.” It was a classy dismissal which achieved virality in the form of the video being spread, as well as his words becoming a viral hashtag. In true Twitter nature, though, several transphobic tweets from the staff members were found, some as recent as a few weeks before he went viral. As a result, he was “canceled” by many Twitter users. What’s interesting about this is that while he was canceled, his words were not. In fact, several people tweeted that, in short, he can go, but his words have to stay; “it’s above me now” was now a part of the culture. Decontextualization through meme virality is usually a process that just happens but in this case, one of the only ones I have ever seen, decontextualization was an intentional, explicitly-stated decision.

But does it matter? Does it matter that context is lost through the process of virality? Sometimes, it doesn’t. Many PGSVs are cut from media that was already not of a serious nature. Spongebob Squarepants memes are a prime, ubiquitous example. Reality TV shows are another common source. But in some cases, decontextualization can lead to trivialization. I cannot remember the last time I used the gif from the Grenfell interview because alone, it serves as a great reaction gif, but knowing the context, accompanying that gif are the 72 lives lost in the incident which lead to the interview. The man walking into the courtroom, out of context, is very captionable for a bit of Twitter clout, but the 130 people killed follow his smug facial expression. R. Kelly’s interview, during which he, through tears, tells Gayle King that he’s “fighting for his life” has been shared and captioned so much that it is easy to not attach the accusations he was fighting against in the first place. I keep these thoughts with me every time I’m about to use a PGSV. Does the context it was extracted present too problematic of a situation? Is it ever that serious?

Information has faced decontextualization way before the advent of the Internet. The interconnectedness which the Internet brought with it, though, means that this decontextualization can be spread further, faster. With this comes the normalization of the removal of context and an increased need for information literacy. This has global implications since as Internet users, we are increasingly becoming more accustomed to taking the information we see on the internet at face value. With “fake news” being more and more weaponized, context is becoming more important than ever. Am I reaching on this connection between the systematic, digital attempts at breaking down our democracy and a gif of Cardi B saying “foreva?” Maybe. But I’d rather be more aware than necessary than not be aware enough. Use your memes and gain your clout, beloved. Just remember that exclusion of context has its consequences and can trivialize situations or lead to the spreading of disinformation. And with 2020 being a presidential election year, context will certainly be an important consideration on the road to 270. The devil works hard, but Russian troll farms work harder. To be successful, they require a collective unwillingness to consider context (and discern fact from that which is not fact) and I only fear that we have produced the perfect breeding ground for their dangerously evolved information to thrive.